Driving further North just minutes from Monument Valley (MV) we got surprised by a herd of wild horses crossing the highway. Absolutely amazing..

Further our way about 30 minutes North from the MV is a small village called Mexican Hat. The picture further below makes it definitively clear, why they have given the village that specific name. You can see the stone Mexican Hat from far away.

Another 20 minutes further is the Goosenecks State Park, which reminded us of the Horseshoe Bend. We dry camped there just at the edge of the rim, which was very impressive, but very cold too.

From there we enjoyed a ride on the Moki Dugway, a fun offroad path climbing up a steep rim with extraordinary views upon the Valley of the Gods.

Further on this way we came into the Natural Bridges National Monument with natural bridges formed by water, not to be compared to the Arches from the Arches National Park (as arches are formed by other erosion, but not from water). 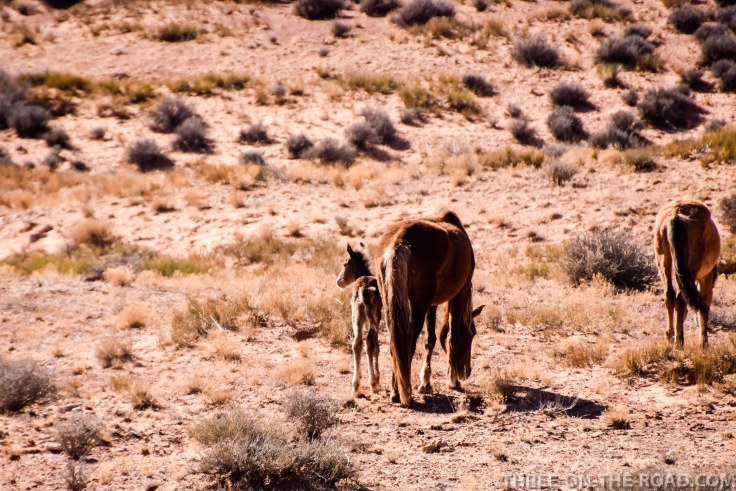 Mexican Hat on the San Juan River:
This stone formation makes it absolutely clear, why that village has this name. 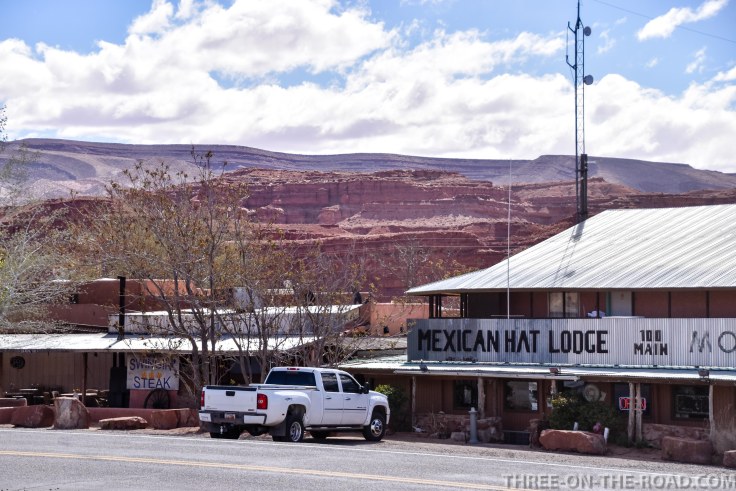 Goosenecks State Park:
Here we dry camped on the edge of the Rim of the Gooseneck. 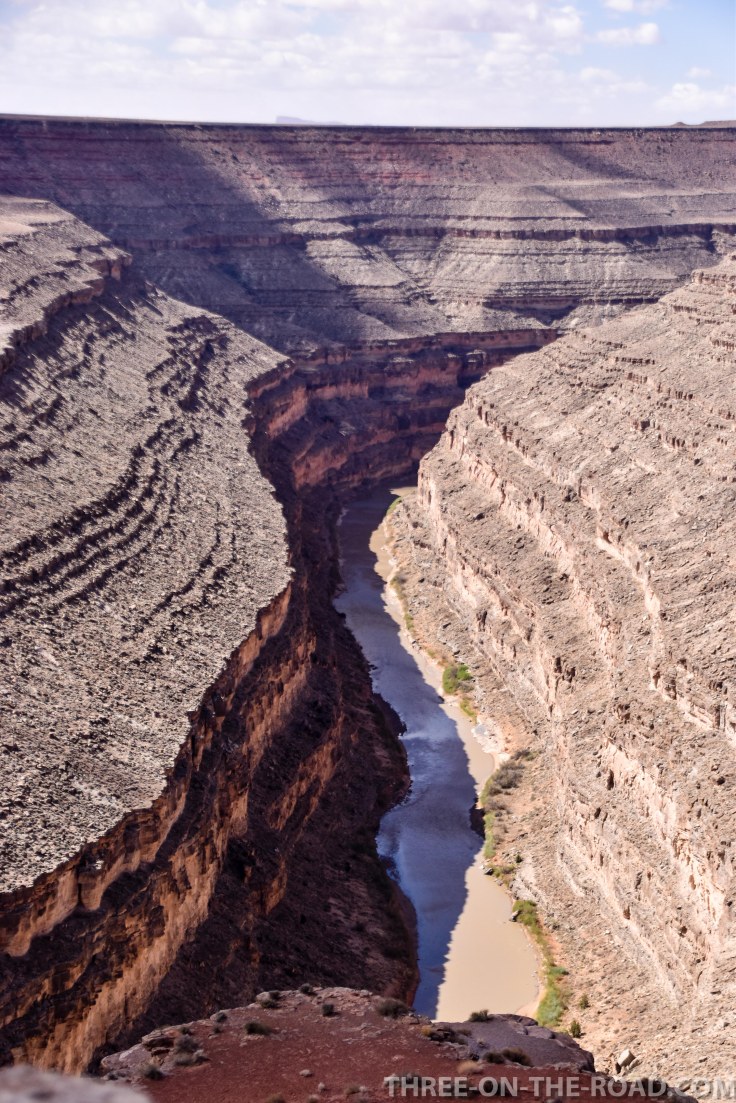 The Moki Dugway.. best simple offroad in the area with the most exclusive view: 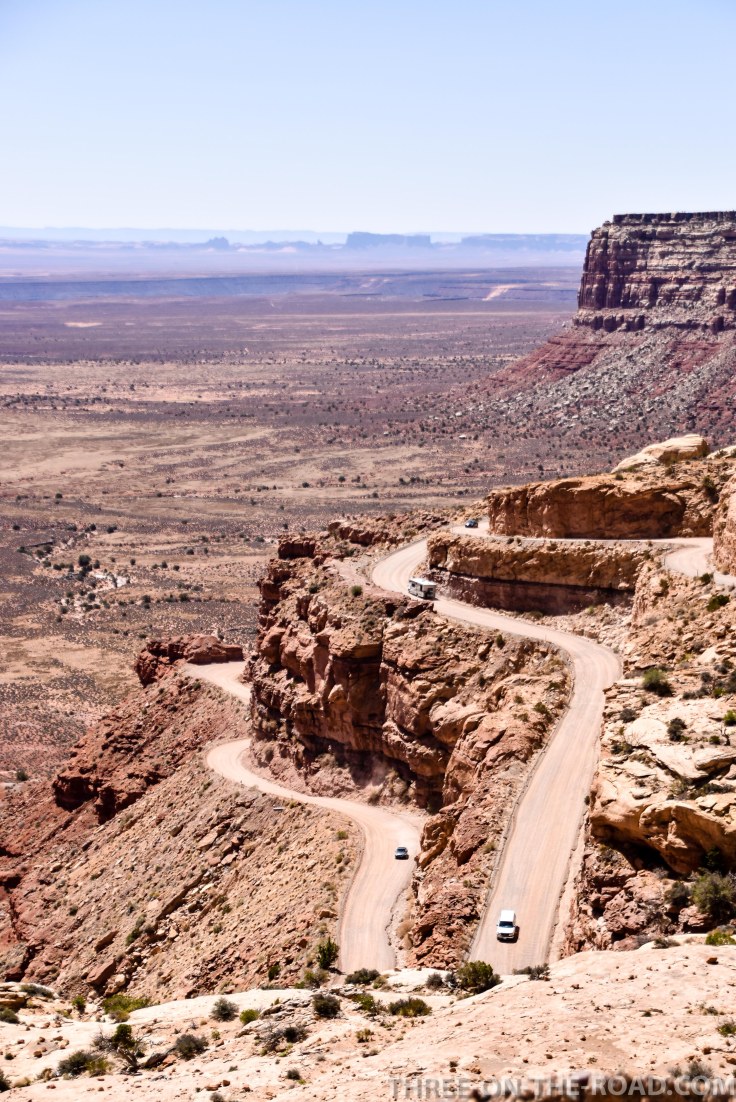 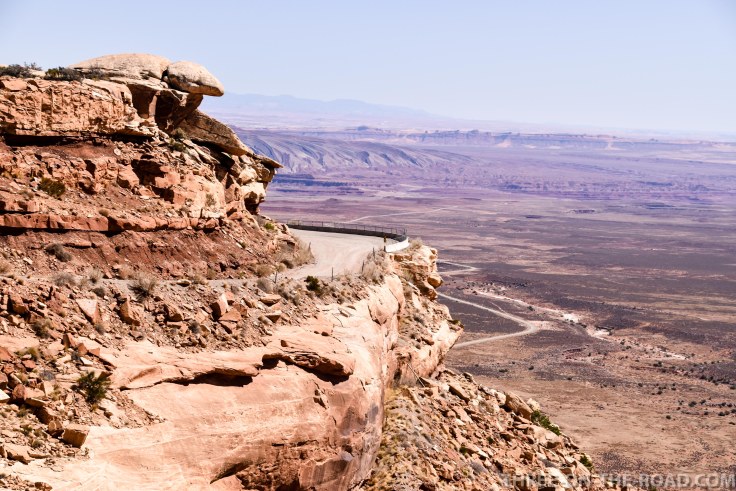 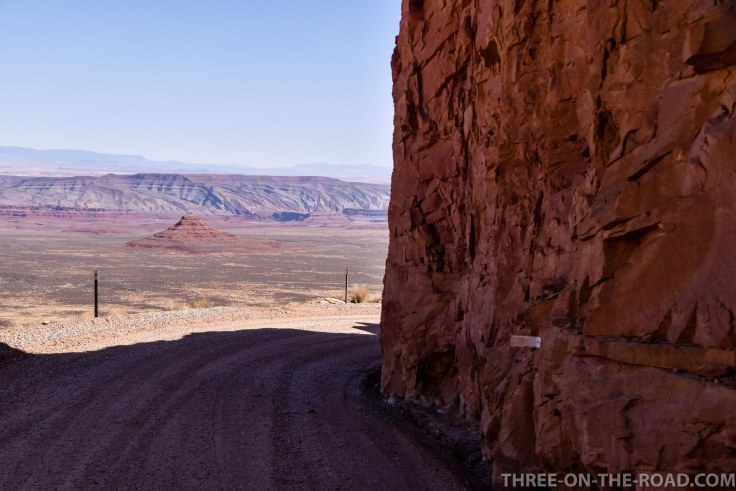 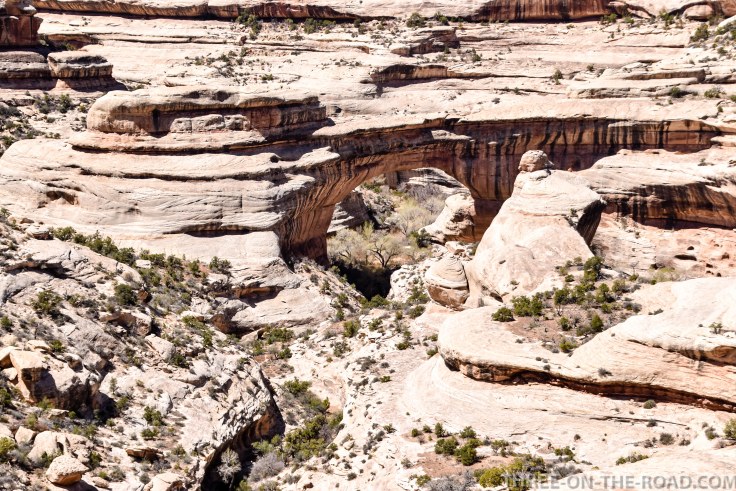 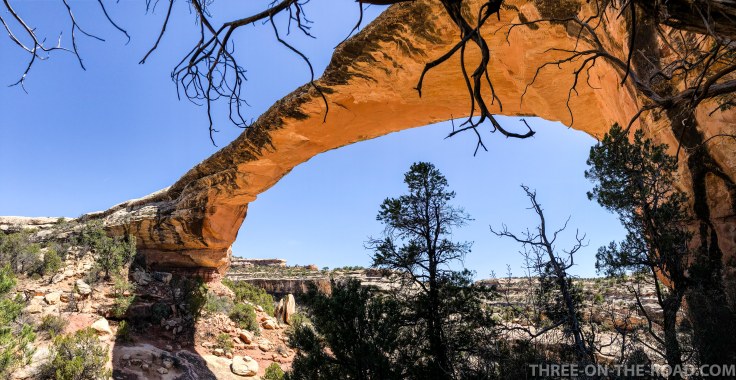 …and in the evening in our base in Goosenecks again.. a beautiful sunset view. 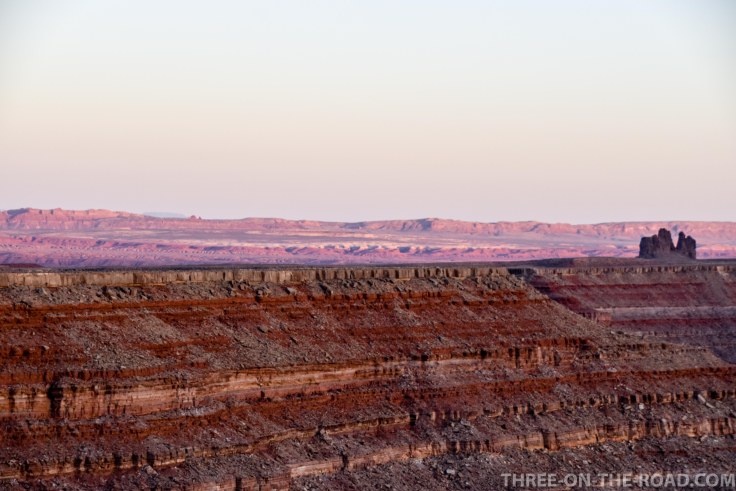 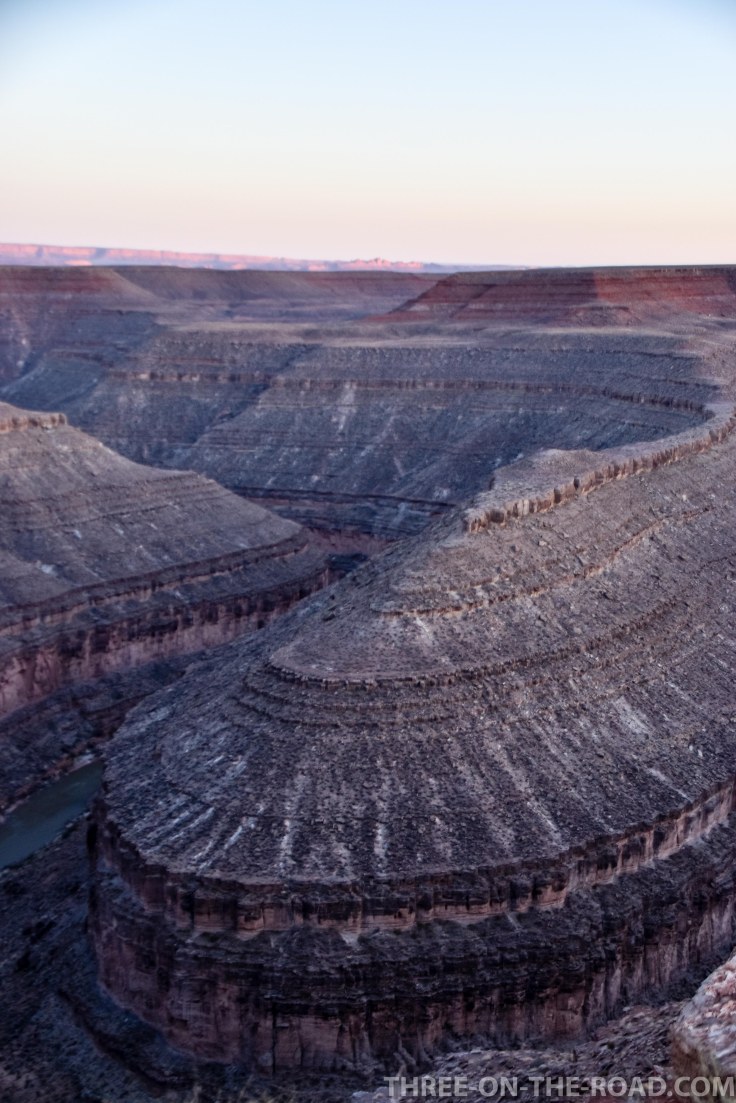 Now Three on the Road are leaving the Monument Valley area and are heading again North in direction of Moab, Utah. There, even more freezing temperatures are awaiting us, while in Switzerland the summer seemed to have started 🙈.