After staying a long time in Central and West Florida, we drove down US 1 to the “Southern Most Point” of the contiguous US to Key West, in the Florida Keys, 145 km north of Kuba.

Key West is famous for its open lifestyle and its many bars and restaurants in Duval Street. Lots of young people come in Spring Break to party in Key West. We just loved the atmosphere, which is very special and of course they do have really delicious food there, cuban inspired.

Key West beaches:
Actually not famous for them, more for snorkeling the riffs upfront, they’re still quite nice and just a hop from the city center. 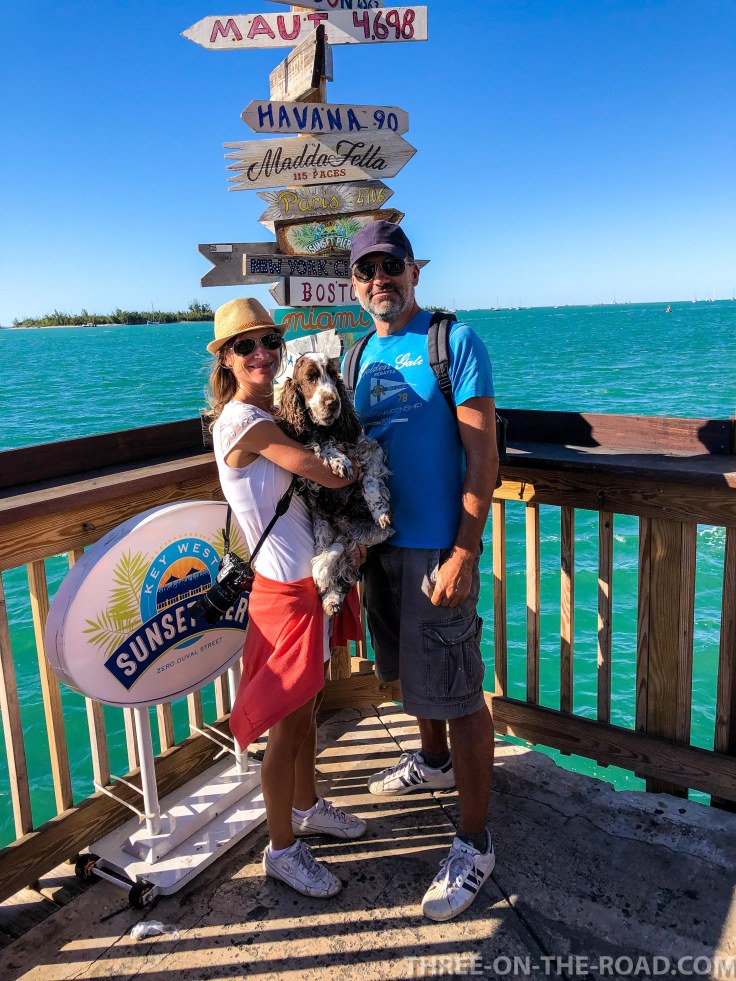 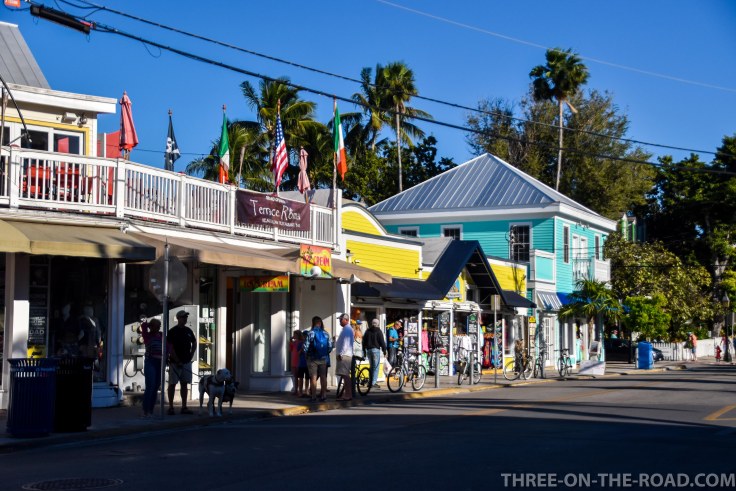 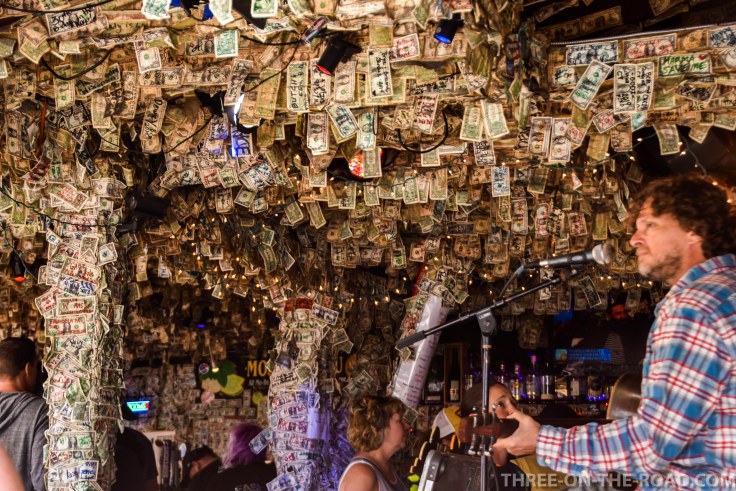 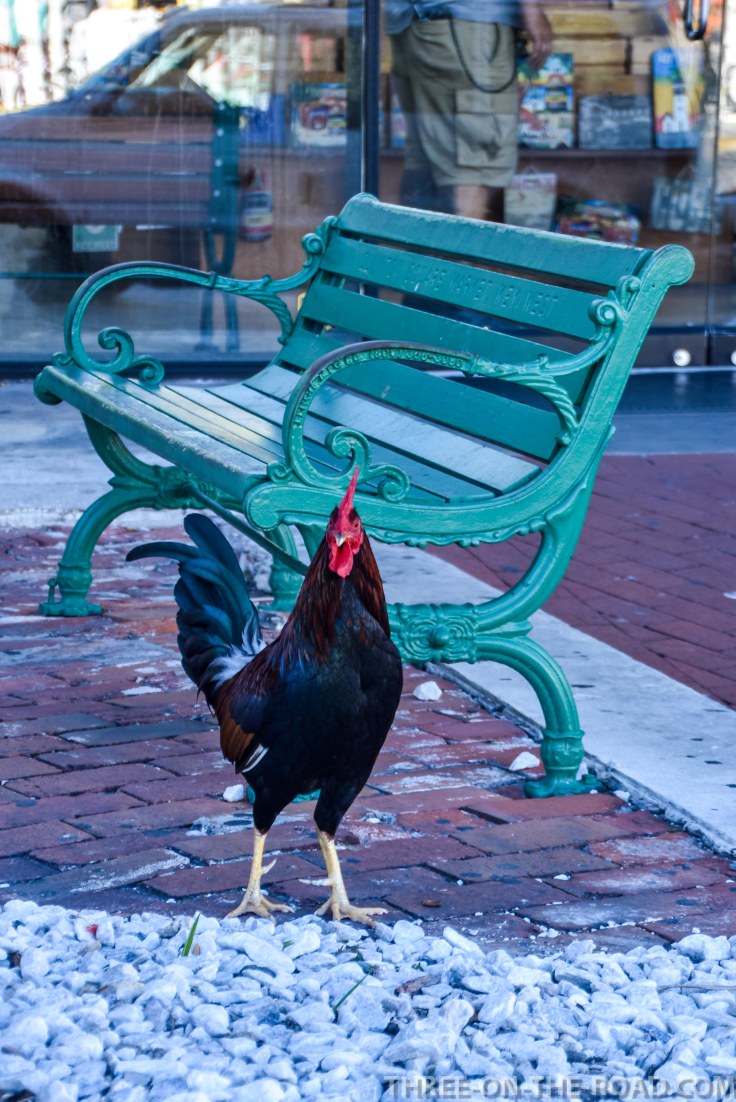 The chicken is like the city’s symbol. They are everywhere and just walk through the streets of Key West. 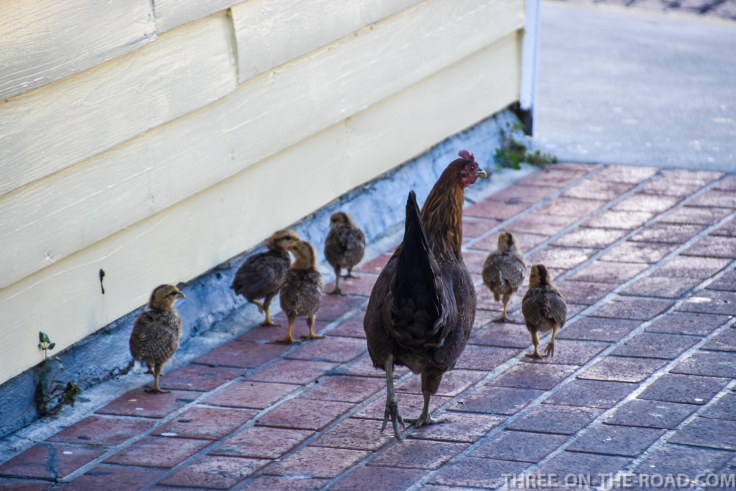 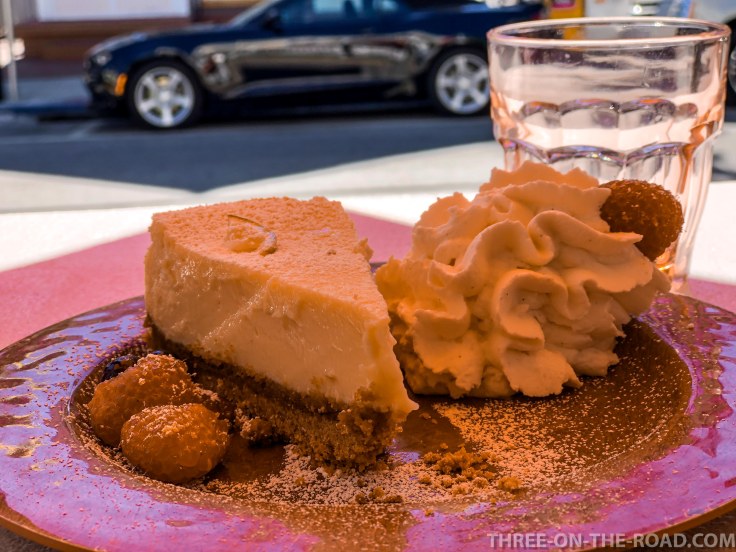 The most famous pie in Key West: Key Lime Pie. And that one’s the best.. from La Grignote. 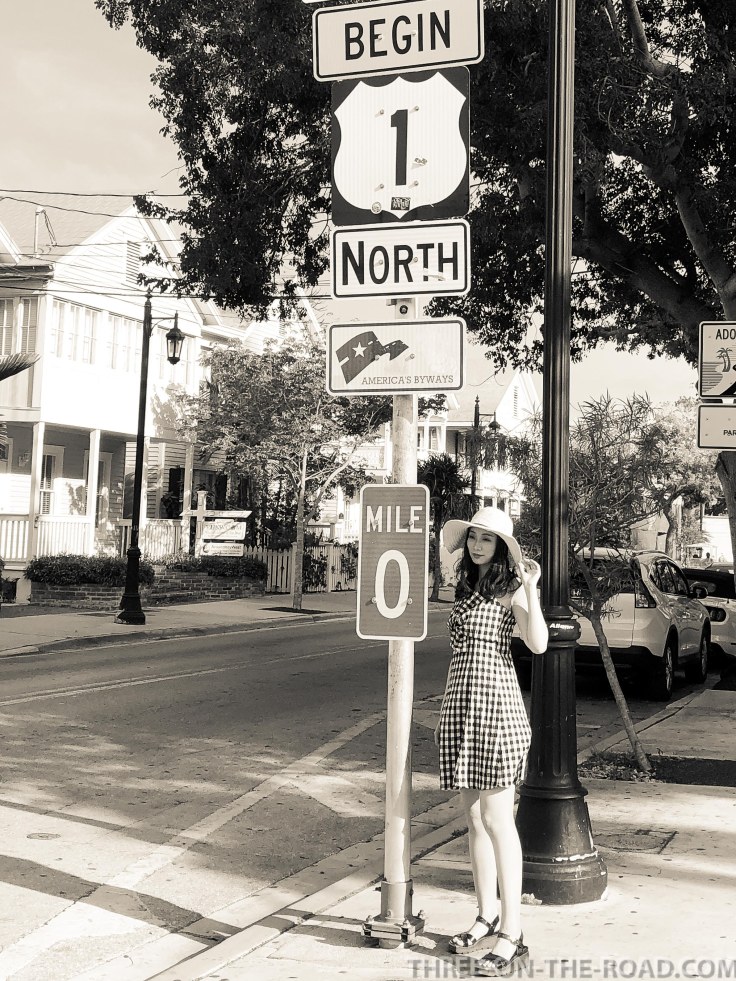 The begin and end of US 1 – mile marker Zero. 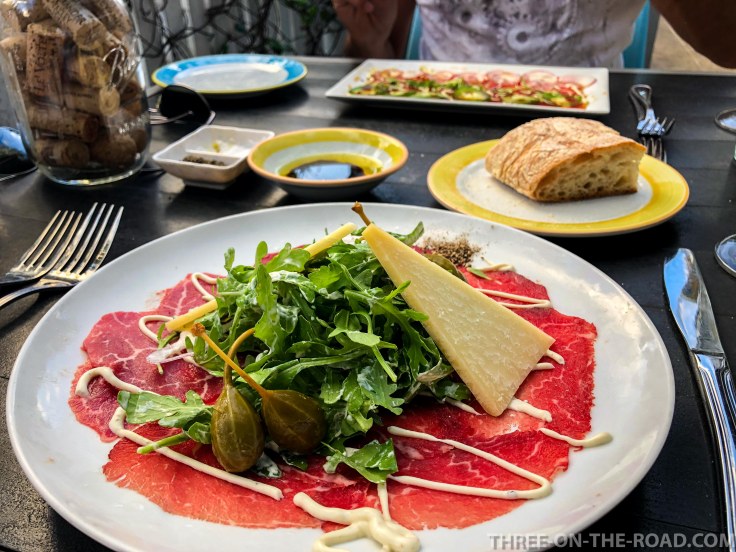 Lots of French restaurants in the city.. so we enjoyed eating European food with good crusty French bread.. mmhhh.. (Restaurant Nine One Five) 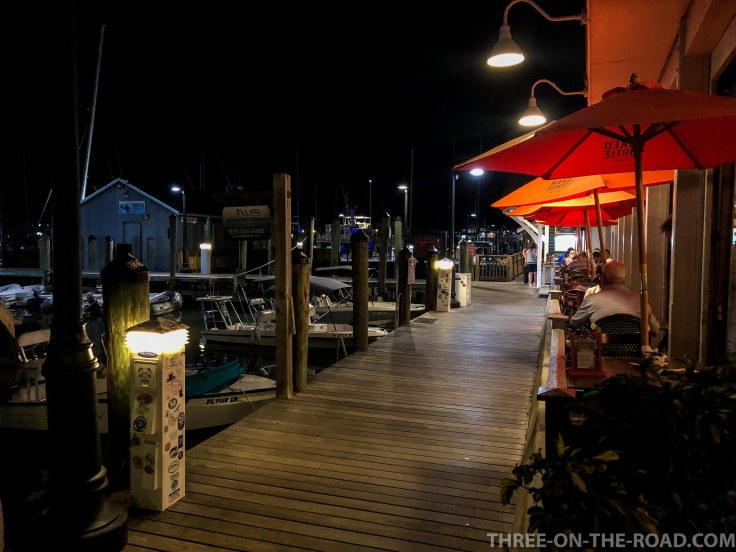 Another day in Key West, we had the opportunity to meet some friends of us, which visited us from Switzerland. They will join us in Key West and Chokoloksee, where we go afterwards for some days. In Key West, we choose something special with them and went by boat to Sunset Key to the Restaurant Latitudes. The view and feel there is just terrific, although very expensive.. like somewhere in the Maldives 😊 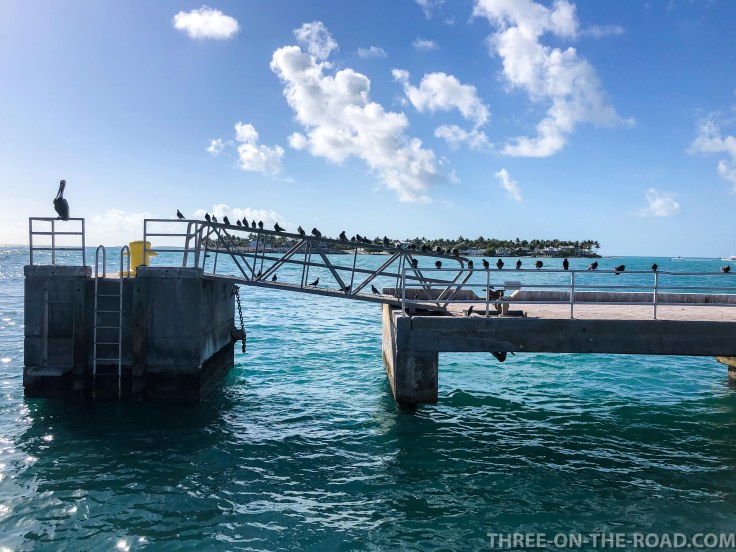 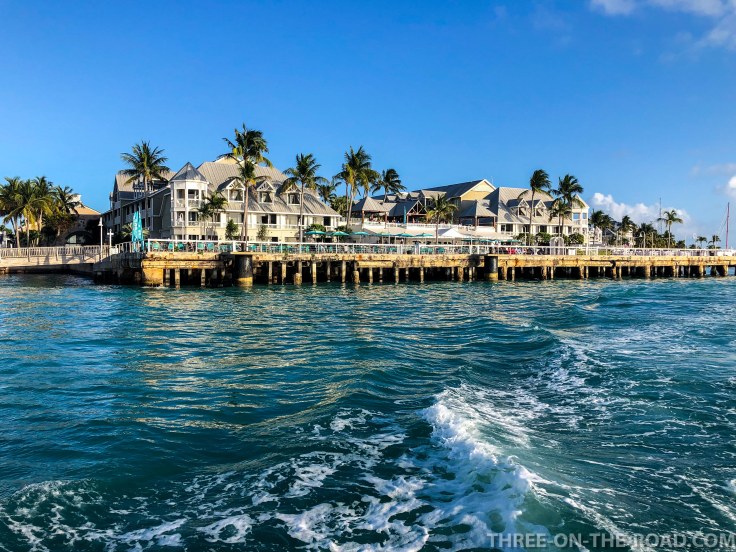 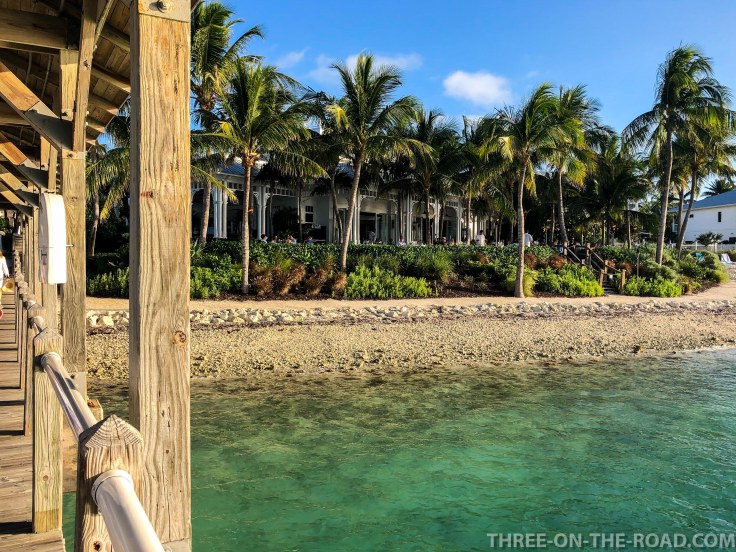 We very much enjoyed having them with us and are looking forward to see them again soon in Chokoloksee.

Back on the campground, we had again some visitor.. a funny little one. We have no idea what that is.. but it looked strangely sweet. We still kept some distance.. you never know..:

See Three on the Road in Chokoloksee, an island near the Everglades State Park.