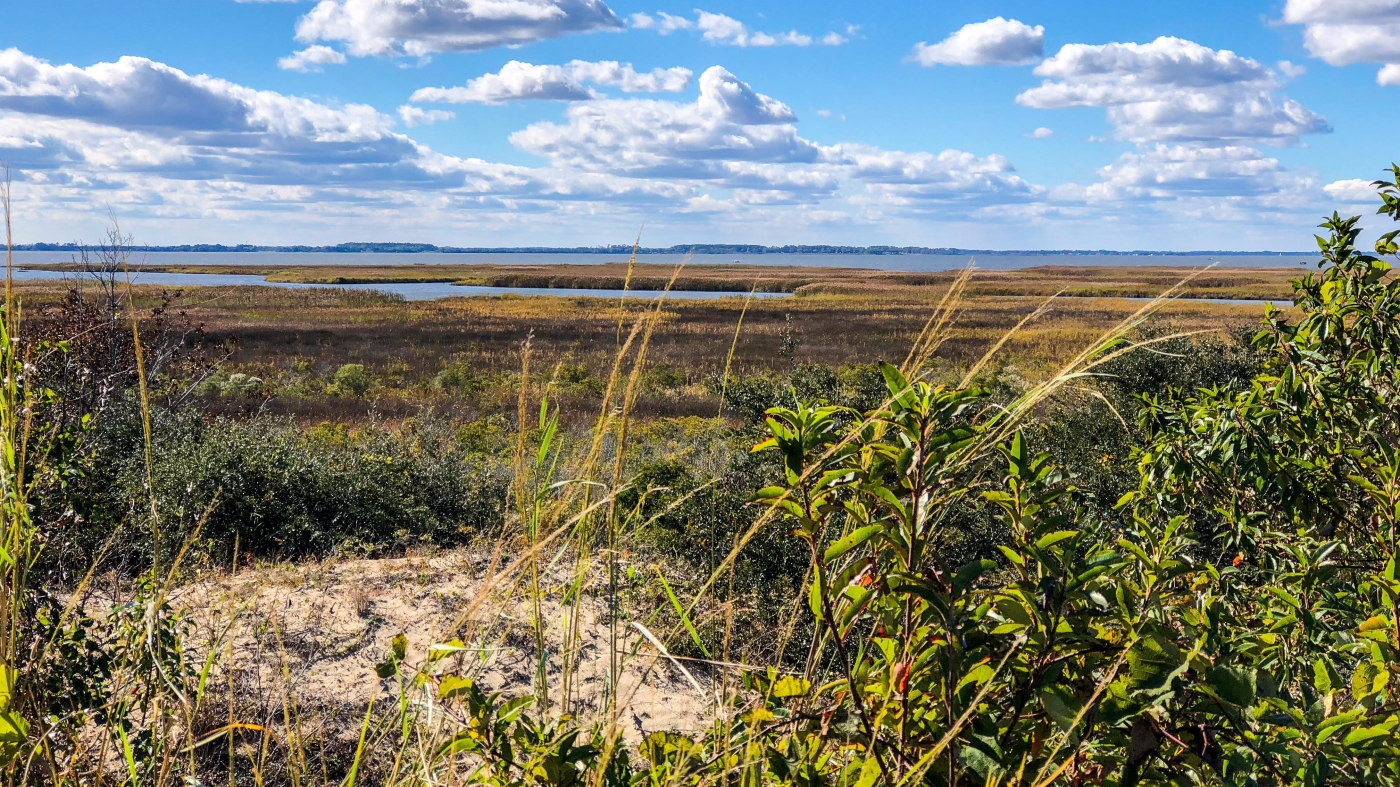 From Virginia Beach we drove further south along the eastern coast of North Carolina to the Outer Banks = OBX. This is a narrow but very very long strip of land along the coastline. Often you’ll have on one side the ocean and some dunes, the street, and on the other side another dune or some marshland and the ocean again. There are not a lot of people living in the Outer Banks, merely the houses are used as summer residences (Tom Cruise had a house in Corolla, OBX). 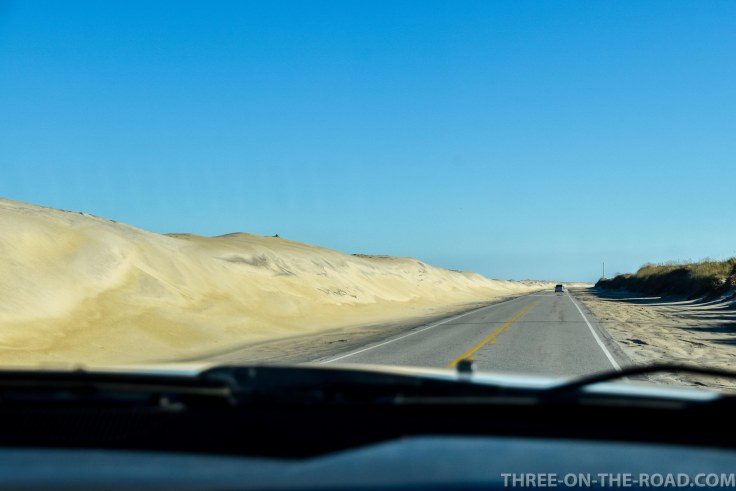 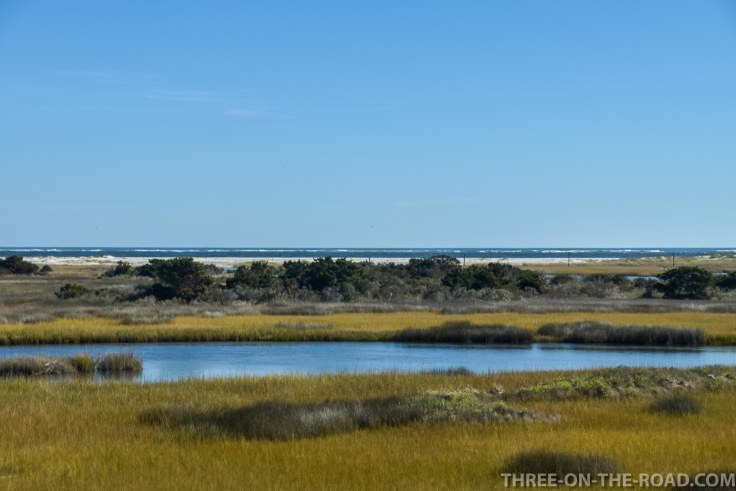 The Outer Banks are famous for their Wild Horses of Corolla. This is why we took a jeep tour to see them. Although we were quite disappointed. The horses look like normal horses, nicely groomed and clean, well fed and were hard to spot between all the houses. The wild horses we saw in Utah and Arizona definitively seemed wild and looked wild, while these reminded us more of a well done tourist trap. The drive itself with the old Hummer was fun, so we concentrated on that and the beautiful nature around us. 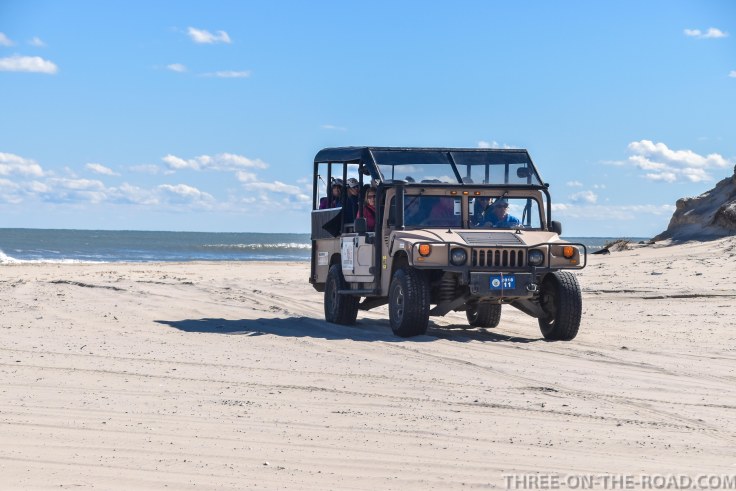 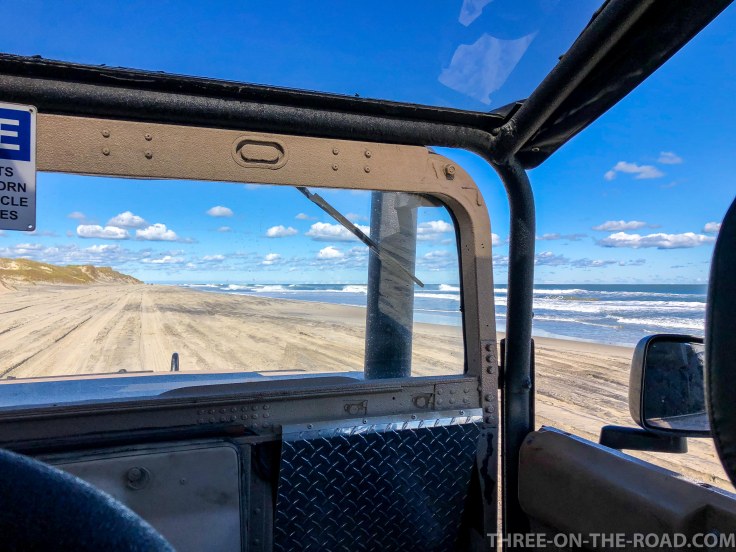 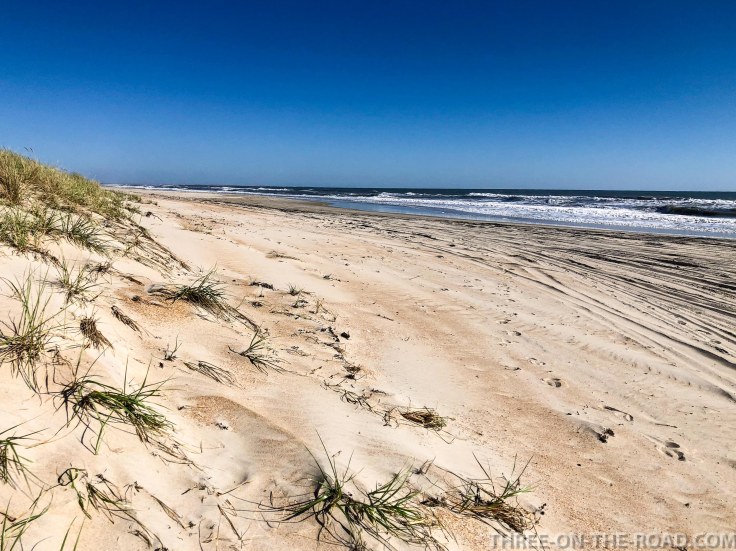 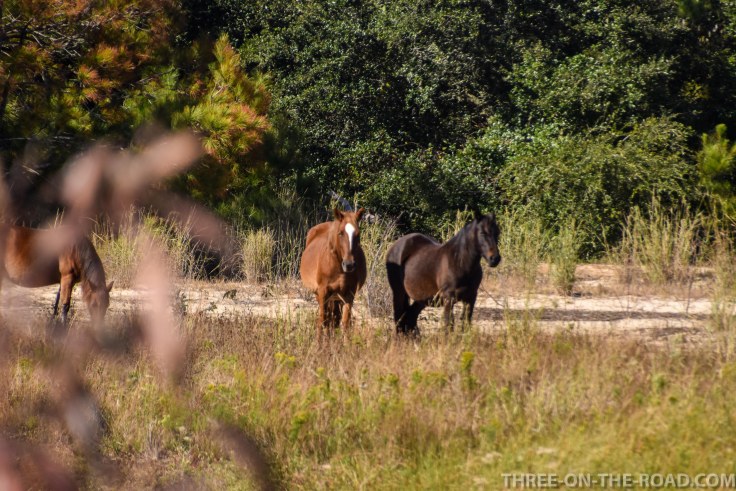 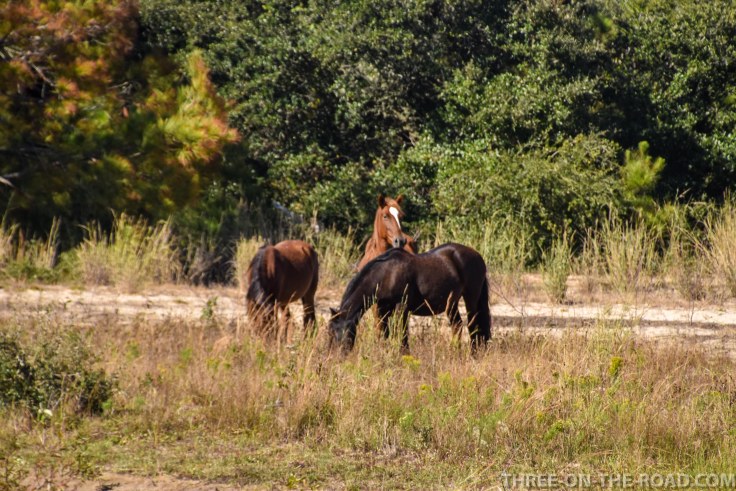 Very enjoyable was the Cape Hatteras National Seashore with its beautiful nature, trails and beaches: 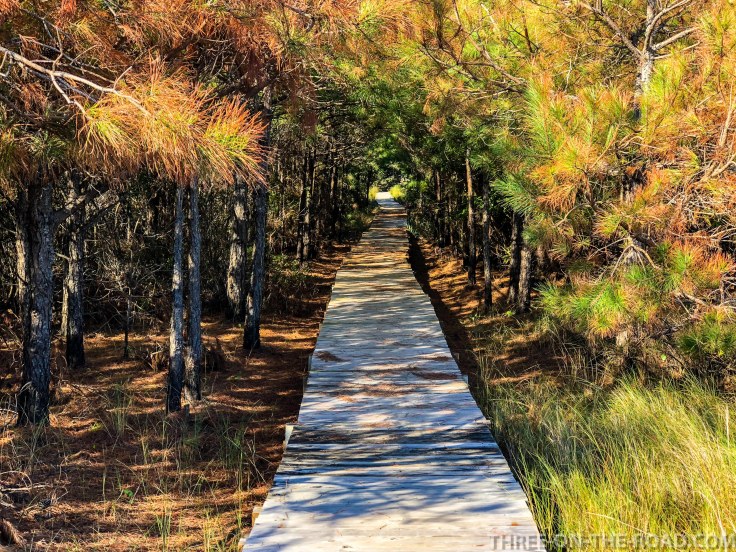 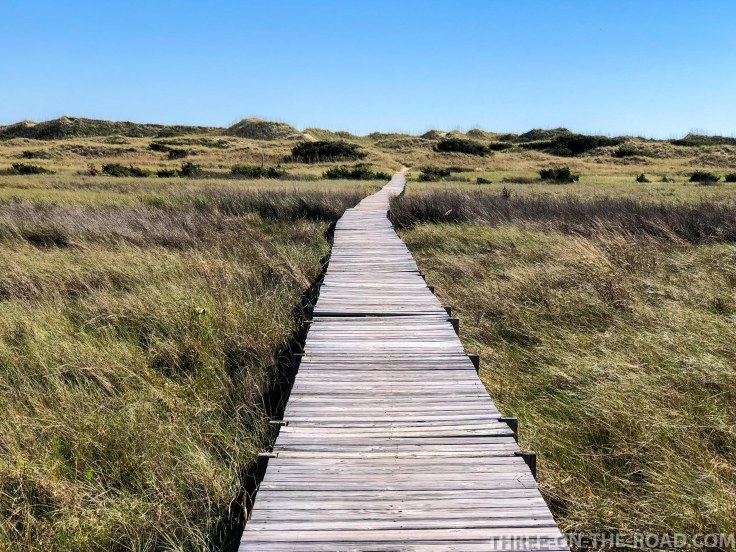 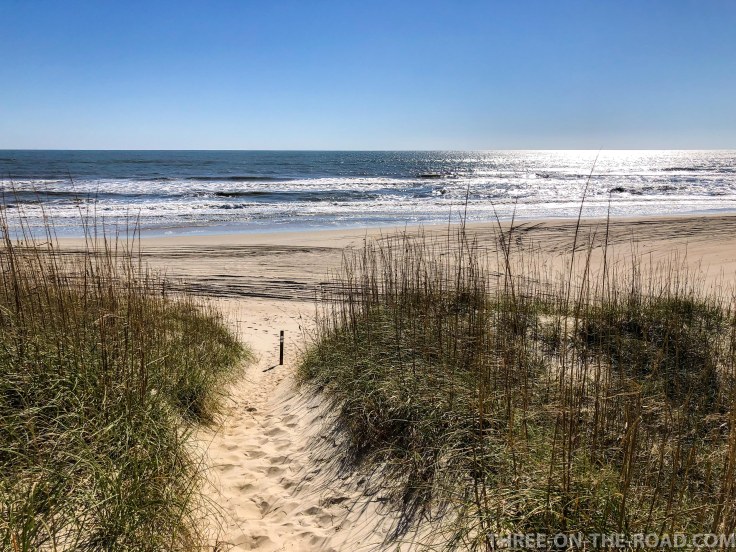 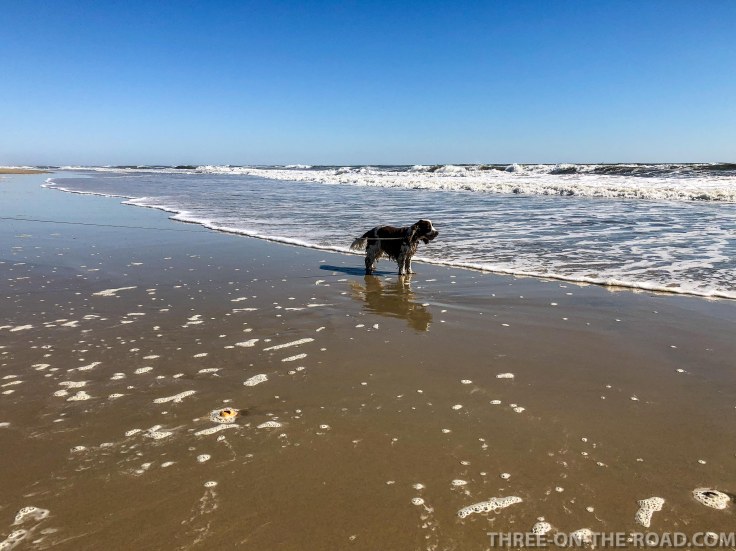 Moreover North Carolina, especially the OBX, are famous for “the first Flight” (which you find as a statement on the car’s license plate of many North Carolinas). The Wright Brothers National Memorial shows where and how human beings flew for the first time and with what: 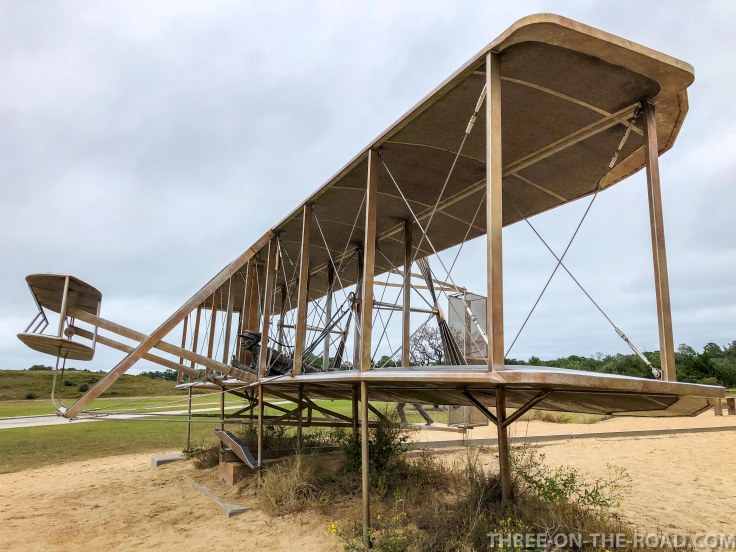 They still have interesting flying vehicles in the air.. this was something between a helicopter and a plane, which can just adjust his propellers: 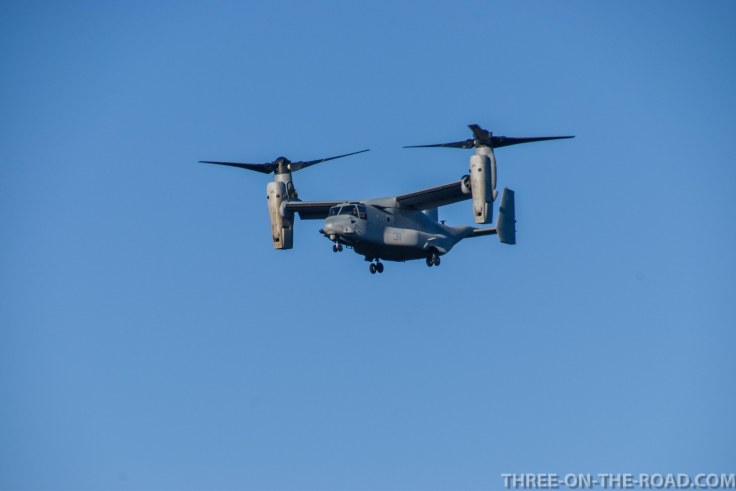 After having a good time in the OBX we drove further inland in direction of the capital city of North Carolina (Raleigh) along an interesting nature route with cotton fields: 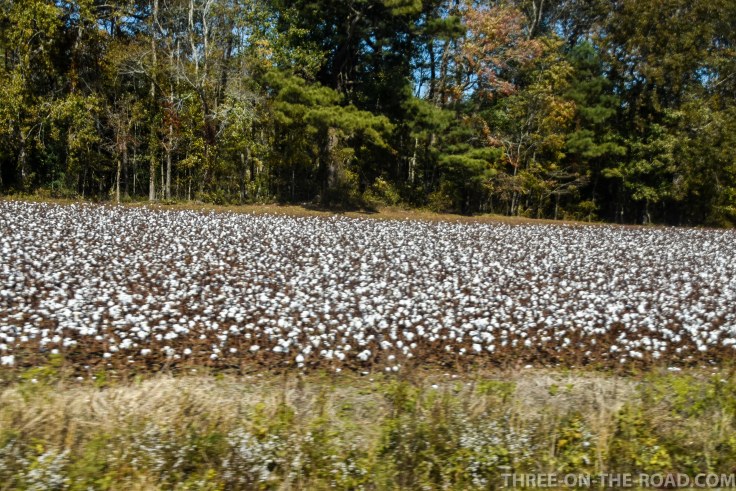 See Three on the Road in Raleigh, North Carolina.

Leave a Reply to Three on the Road Cancel reply